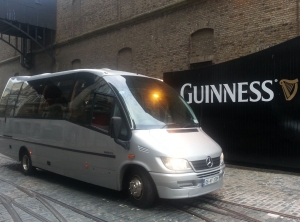 The Open Championship 2019, at Portrush

Royal Portrush is to play host to The Open Championship from the 18th to the 21st
of July 2019. This is the first Open Championship to be held in Northern Ireland
in 67 years and promises to be another occasion to remember.
Over the Championship’s 148-year history, The Open has only once been played
outside of England and Scotland. In 1951, Royal Portrush also had the honour of
hosting the event, where the infamous Claret Jug was raised by Max Faulkner.
This long awaited return to Northern Irish soil means golf enthusiasts from both
Northern Ireland and the Republic of Ireland can enjoy all that the Open has to
offer without having to travel too far a field.
A bit about Royal Portrush:
Situated in County Antrim, this wonderful course boasts views that are hard to
beat elsewhere on the island of Ireland. With the Giant’s Causeway to the east,
Inishowen to the west, and the Isle of Islay to the north, there are few locations
on the planet that can stir such emotions. The Dunluce Links, which will play host
to The Open Championship in 2019, is overlooked by the ruins of Dunluce Castle
from where it gets its name. The club also boasts a second links course
appropriately named the Valley Links.

Facts:
 Royal Portrush hosted The Open Championship in 1951.
 Irish Open hosts in 2012.
 12th in ‘The Top 100 Courses in the World’ as voted for by Golf Magazine
readers.
 Host to the Senior British Open in ’95-’99 and 2004.
 More than 50 British and Irish Championships have taken place at Royal
Portrush.
 A firm favourite with golfing legends over the decades. Royal Portrush
boast past visits from Arnold Palmer, Darren Clarke, Mark Calcavecchia
and many more who have counted Royal Portrush as one of the best
courses in the world.

If you are planning a trip to Northern Ireland in July of 2019 to get in on the
action at Royal Portrush, we would absolutely love to hear from you.
Flynn’s Coaches offer a range of tailored packages to suit golf enthusiasts from all
walks of life. Our state of the art coaches are fully equipped with air conditioning,
Wi-Fi, on-board WC facilities and screens to make your journeys as enjoyable as a
day at the links. We can offer a concierge service from the moment you first make
contact, meaning we assist with accommodation recommendations, restaurant
reservations, airport and ferry transfers, luggage transfers, daily transport to and​
from the Open to your accommodation of choice and much much more. All of our
drivers operate to the highest standards and will always be on-hand to assist you
in any way they can. As golf coach specialists, we know what it takes to deliver a
service that will compliment your trip to the much- anticipated Royal Portrush
Open in 2019.
Give us a call today to enquire about a tailored package for your group.
Remember that with Flynn’s Coaches you get local knowledge, golfing knowledge
and luxury travel all rolled into one.